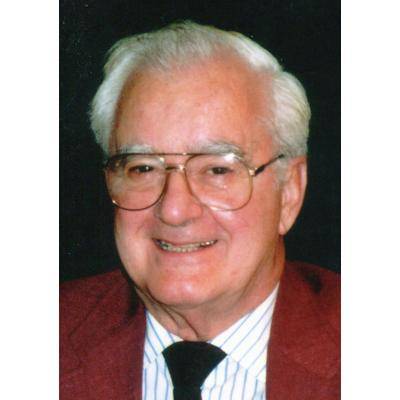 Anthony-Thomas co-founder Tom Zanetos, 93, of Upper Arlington, passed away Oct. 24, 2013 at Riverside Hospital. He was born in Columbus on April 24, 1920 to Greek immigrants Anthony and Lula Zanetos. Tom served in the U.S. Army during World War II. After the war, he and his father, Anthony Zanetos, started Anthony’s Confectionery which served ice cream, candy and had a soda fountain. Times were bad, and sugar was rationed and other ingredients were hard to come by. But since veterans could get a 30,000-pound annual allotment of sugar, Tom became a valuable asset and instant partner with his dad. Together they opened the Crystal Fountain at 1022 W. Broad St., serving a light lunch fare, ice cream and candy. The candy business grew faster than the soda fountain, so the father-son team made candy a full-time trade. Using their first names, they formed the Anthony-Thomas Candy Co. in 1952. He built the business up, presided over its three expansions on Broad Street and eventual move to the company’s current 152,000-square-foot factory at 1777 Arlingate Lane. He was an active member and served on the Board of the Retail Confectioners International. During this time, he married Agnes Squeo on Sept. 29, 1941, and after 50 years of marriage they renewed their vows at the Annunciation Greek Orthodox Cathedral on Sept. 29, 1991. Tom was very philanthropic and believed in community service. He was among the earlier pioneers of the Annunciation Greek Orthodox Church, which his father helped found, and is considered one of the founders of the Columbus Greek Orthodox Community. He chaired the 75th anniversary of the church and the commemorative album for the 25th anniversary of the Greek Festival in 1997. He received the Small Businessman of the Year for the State of Ohio. He and his wife received the Christopher Columbus Educational Foundation Lifetime Achievement Award for scholarship money they gave year after year. They were noted in the Columbus Dispatch for their generosity. He served on the Franklinton Commission, the Franklinton Board of Trade, the Columbus Countywide Development Corp. and served on a city task force under several mayors. He also owned and cleaned up several properties around Franklinton, served as Cancer Crusader Chairman, and was a member of Kiwanis. Surviving are his sons, Anthony, of Hilliard, Joe (Carol), of Upper Arlington, Greg, of Columbus, and Tim, of Dublin; grandchildren, Carla (Steve) Scully, of Hilliard, Candi (Michael) Trifelos, of Upper Arlington, Tommy and Mike Zanetos, of Columbus; great-grandchildren, John, Sam, Joey and Mikey Scully, of Hilliard, and Nicholas, Mark and Alex Trifelos, of Upper Arlington; sisters, Beulah Trotter, of Columbus, and Frankie Collaros, of Steubenville; sisters-in-law Nikki Zanetos, of Delaware, Ohio, and Kathryn Squeo, of Columbus; and many nieces, nephews and friends. He was preceded in death by his wife of 68 years, Agnes Squeo Zanetos, and brothers, Nick and John Zanetos. Tom's family will receive friends on Sunday, October 27, 2013, from 4-8 p.m., at THE JOHN QUINT TREBONI FUNERAL HOME, 1177 West Fifth Avenue, Columbus, with the Trisagion at 7:30 p.m. Funeral 10:00 a.m., Monday, October 28, 2013 at the Annunciation Greek Orthodox Cathedral 555 N. High St., with Father Demetrios Gardikes, Presiding. Entombment will follow at the Union Cemetery Mausoleum, 3349 Olentangy River Road. In lieu of flowers, memorials may be made to the Greek Orthodox Church. Condolences may be sent via www.johnquint.com.

Condolences for Tom A. Zanetos

Our heartfelt sympathy and condolences to the extended Zanetos family. TOM was one of a kind who touched everyone with his love, sincerity and generosity. He will be missed and never forgotten.

Our deepest condolences to you and your family. Tom was a great man. We are keeping you all in our thoughts and prayers. From : Roy & Brenda Steinhoff
To : Joe & Family
Date: October 26th 2013

So Sorry aboout your dad. I know he was a wonderful man in many, many ways. He has built a legacy in the Columbus community. We are praying for the Zanetos family. With Love, Roy & Brenda From : Joelle Howell and Family
To : The Zanetos Family
Date: October 26th 2013

We send our most heartfelt condolences for the loss of such a great man. Our prayers go out to the entire family. It was a blessing to have known Mr. Zanetos. From : sandra (hazlett)herron
To : zanetos family
Date: October 27th 2013

what a great loss this world has with the passing of such a wonderful devoted family man, he loved his work and family,he struggled to get where he was in this world and he made it, may the lord bless all of his family and friends and co-workers he will definitely be missed, his children will keep up his work and I pray for them Sandra(hazlett)herron From : Dan Canfield
To : Tim, Greg, Joe, and family
Date: October 27th 2013

You are all in my thoughts and prayers. Because of your father, our family enjoyed many a holiday season with Anthony-Thomas candy. My dad and him had a great relationship with fundraising when dad was a teacher. May God comfort you and Bless you at this time. From : Charlotte Hamler and family
To : The Zanetos Family
Date: October 27th 2013

We want you to know that we are thinking of the family with heartfelt sympathy due to the loss of Mr. Zanetos. He was a person of great honor for his many wonderful accomplishments and for the love he had for his family and the community. Please be assured of our thoughts and prayers at this difficult time. From : Paul Henry & Family
To : the Zanetos family
Date: October 28th 2013

I sent an email to Joe & Carol to express my sympathies but I just wanted to add this. Your
dad was one of the finest men I knew and after reading his obituary I are ever more proud to have known him.
Paul From : John Paris
To : The Zanetos Family
Date: October 28th 2013

I was sorry to hear about Tom and wish all of you my best. I am very grateful that I had the privilege of knowing and talking with Tom over the years. He was an entrepreneur's entrepreneur, a true pioneer with a big heart. From : Michael Dalby, Columbus Chamber of Commerce
To : The Zanetos Family
Date: October 30th 2013

On behalf of the Columbus Chamber family, let me convey our sincere condolences. The Columbus business community has lost one of its great ones. Mr. Zanetos showed us all how to build and run a thriving enterprise. Our prayers and sympathy go out to you all. From : Ralph Nafziger, Hammond's Candies
To : The Zanetos Family
Date: October 31st 2013

So sorry to hear of Tom's passing and your family's deep loss. The candy industry has lost one of our greatest. He leaves us with wonderful memories and I am honored to have known him. From : Bill Kelley
To : The Zanetos Family
Date: October 31st 2013

My deepest sympathy on Tom's passing. He was pioneer in the candy industry. His legacy will live on for many years. We will think of you during this difficult time. From : John Micelli
To : Joe, Greg and Family
Date: November 1st 2013

My condolences for your loss. Although I didn’t know Tom personally, it’s obvious he left a wonderful family legacy you can all be proud of for generations to come.

we are so sorry to hear of Tom's passing. He will always be remembered as a true candy maker: kind, honest, hard working and loving his trade. The industry will miss him and we will miss his smiling disposition when we visit Anthony Thomas.